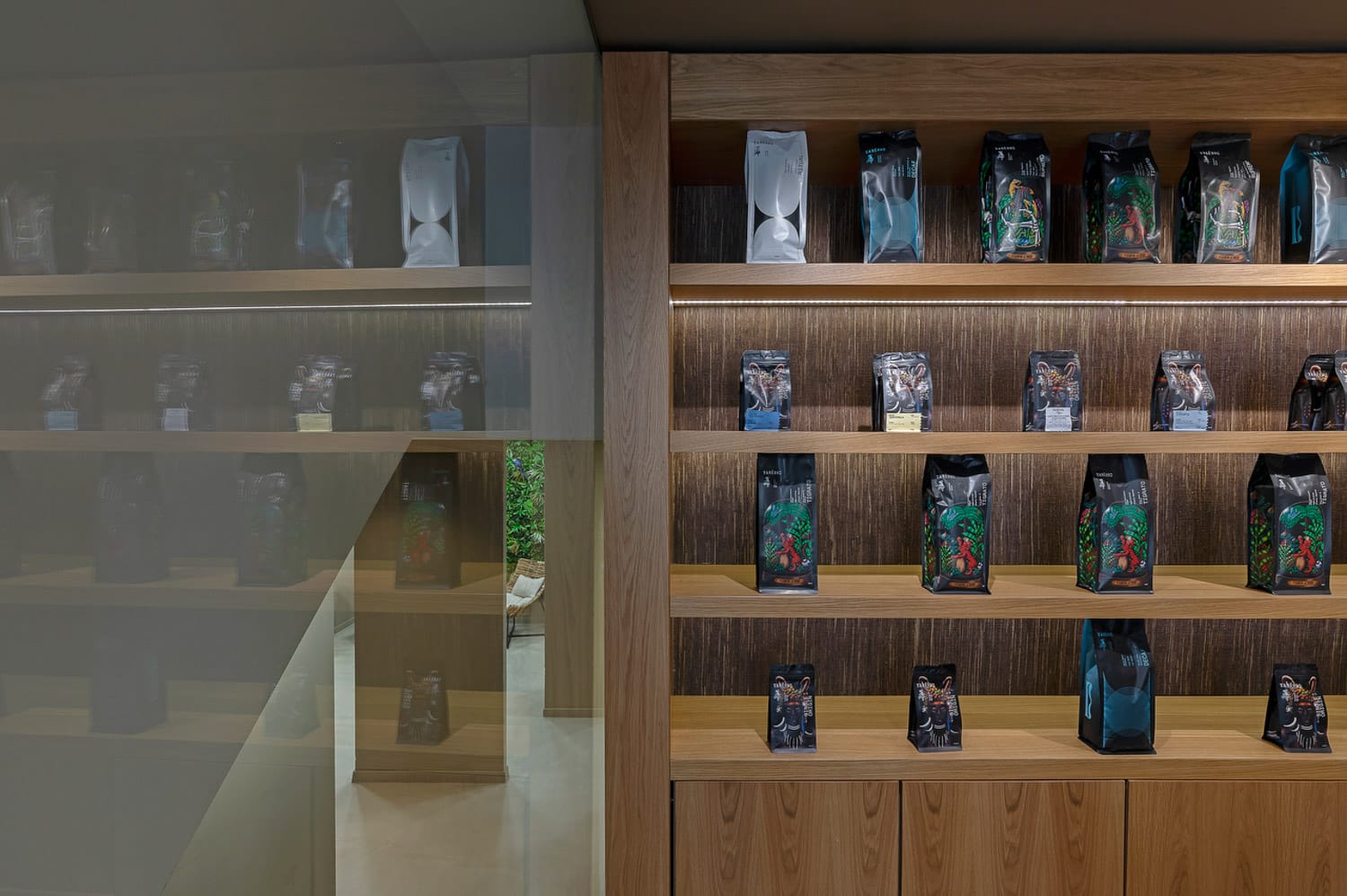 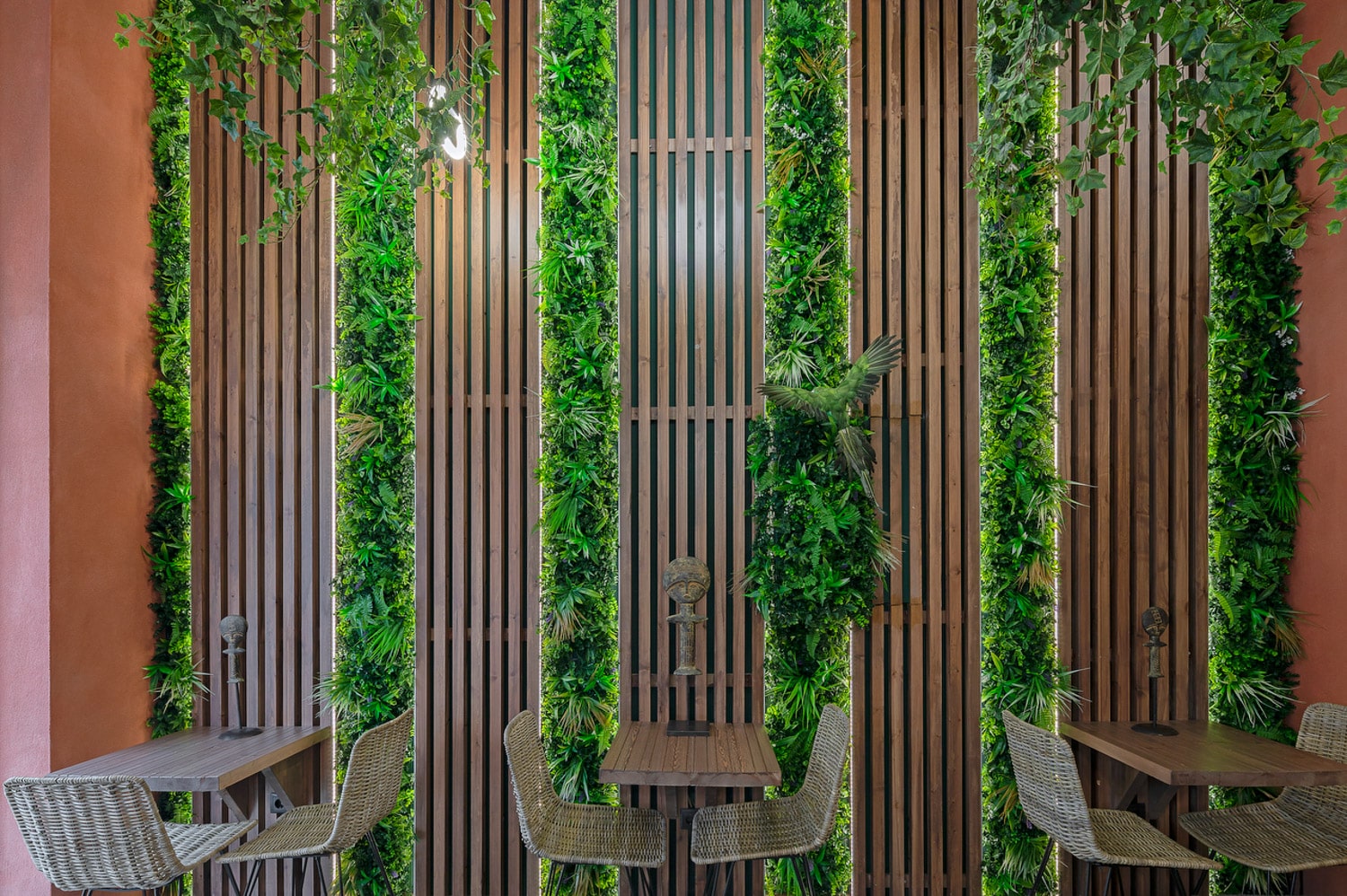 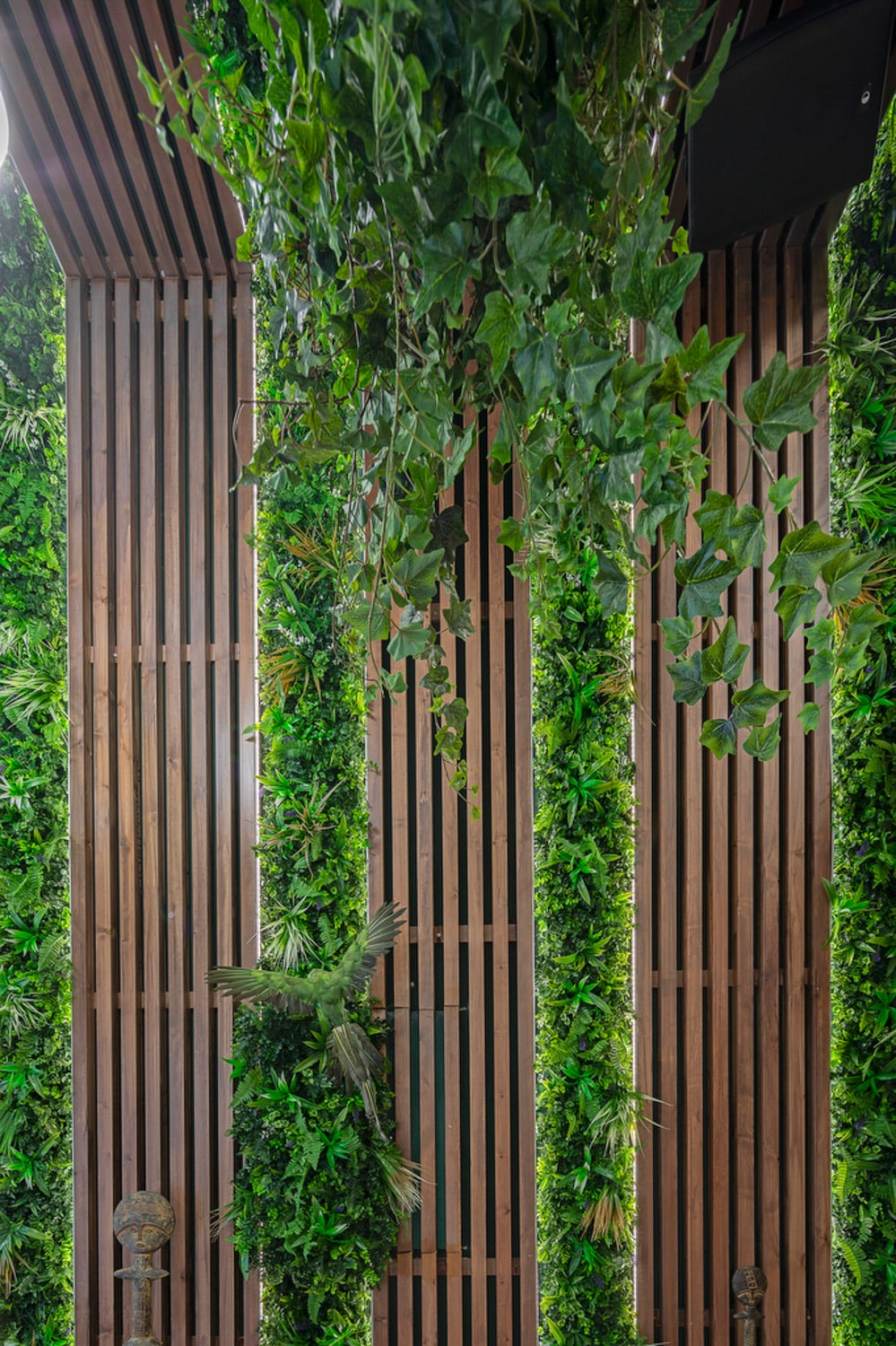 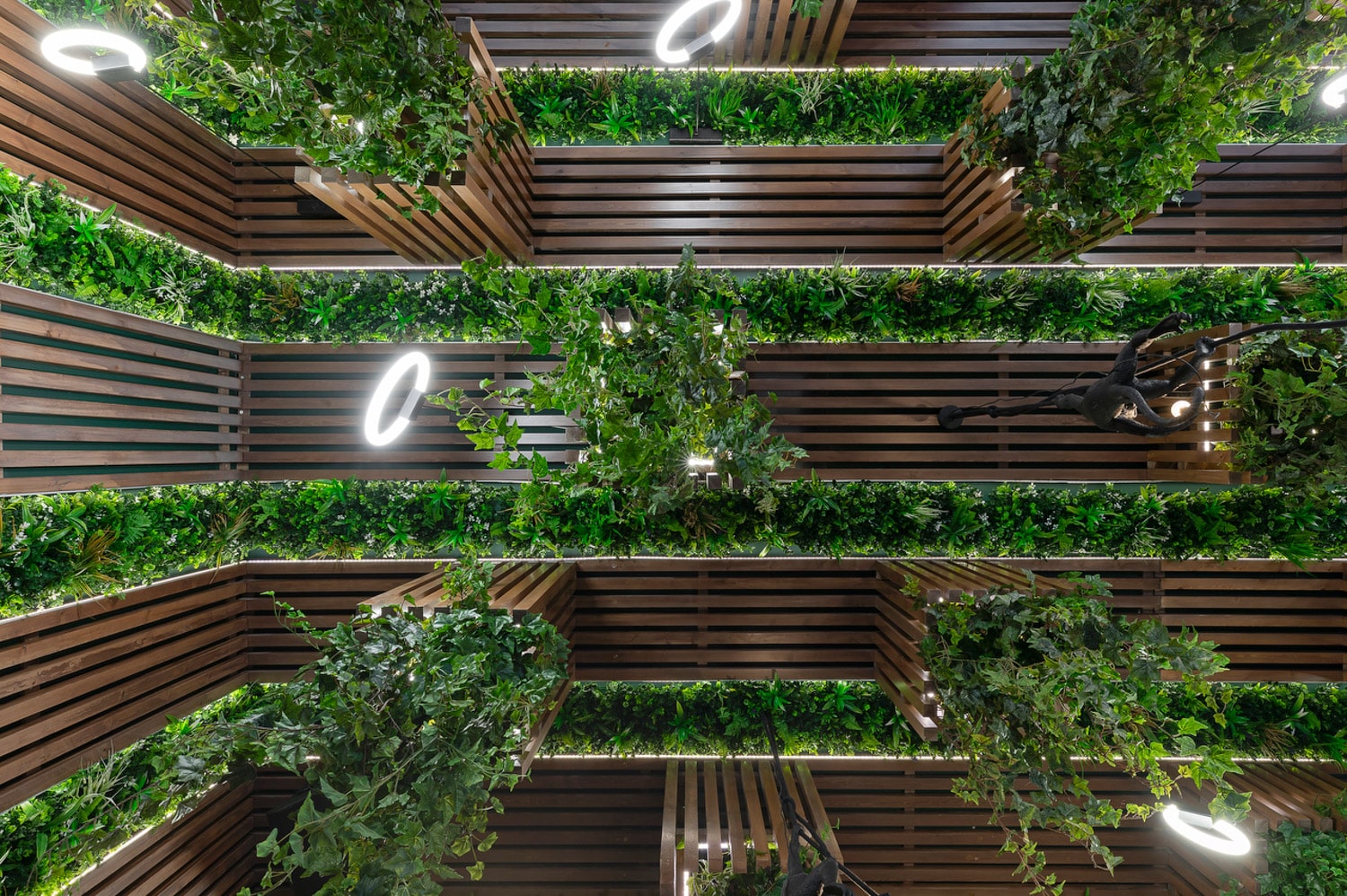 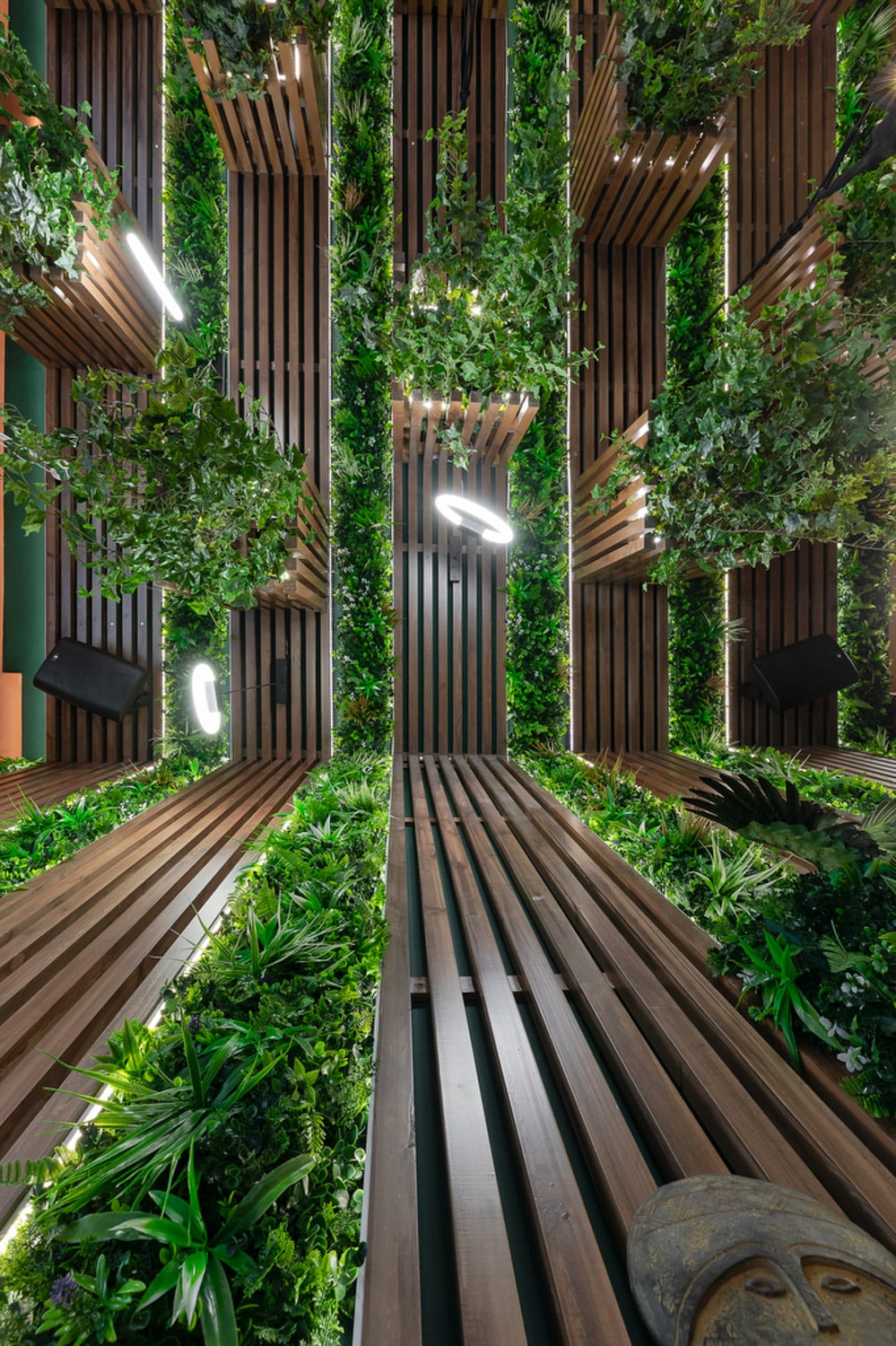 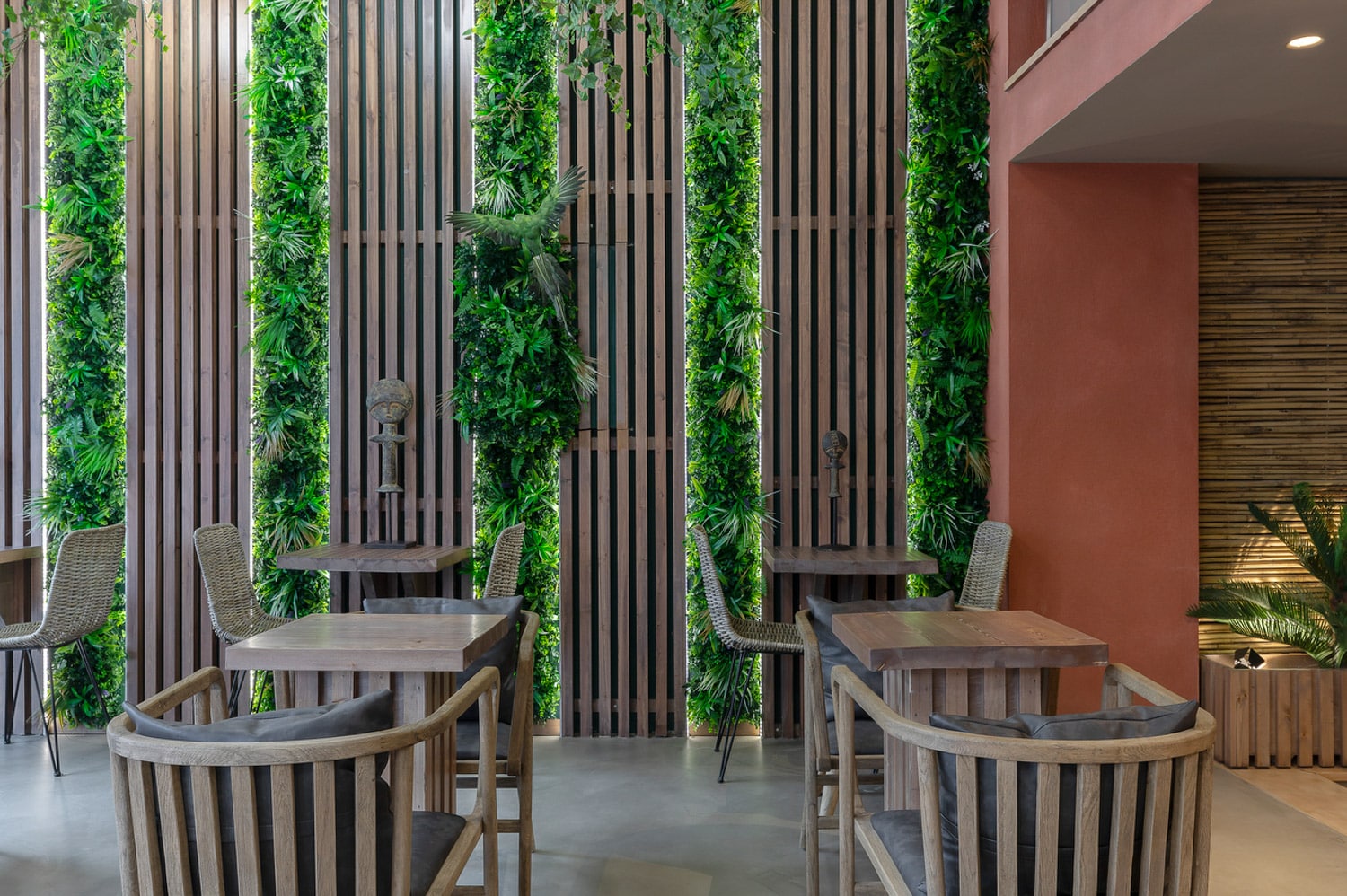 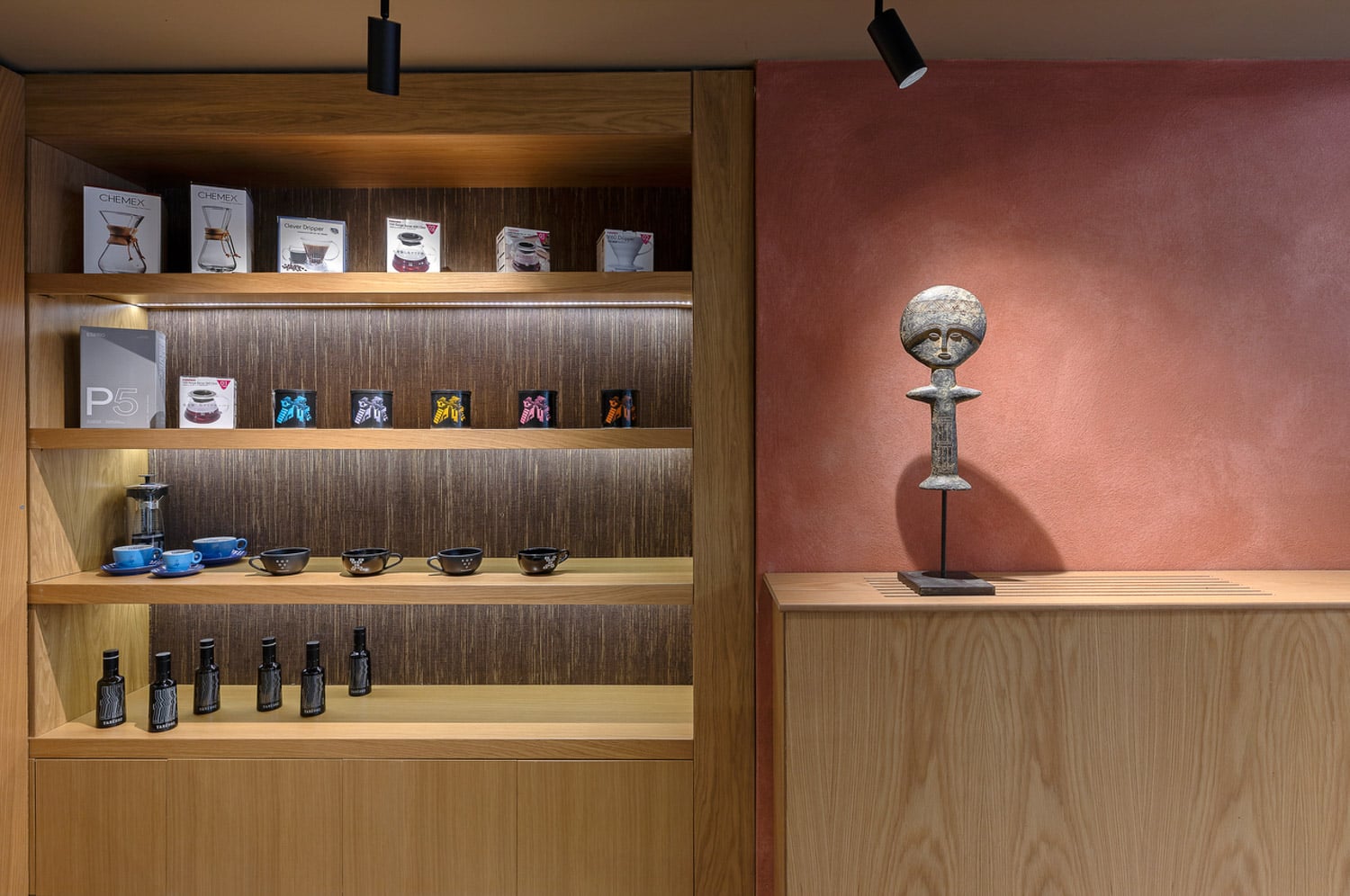 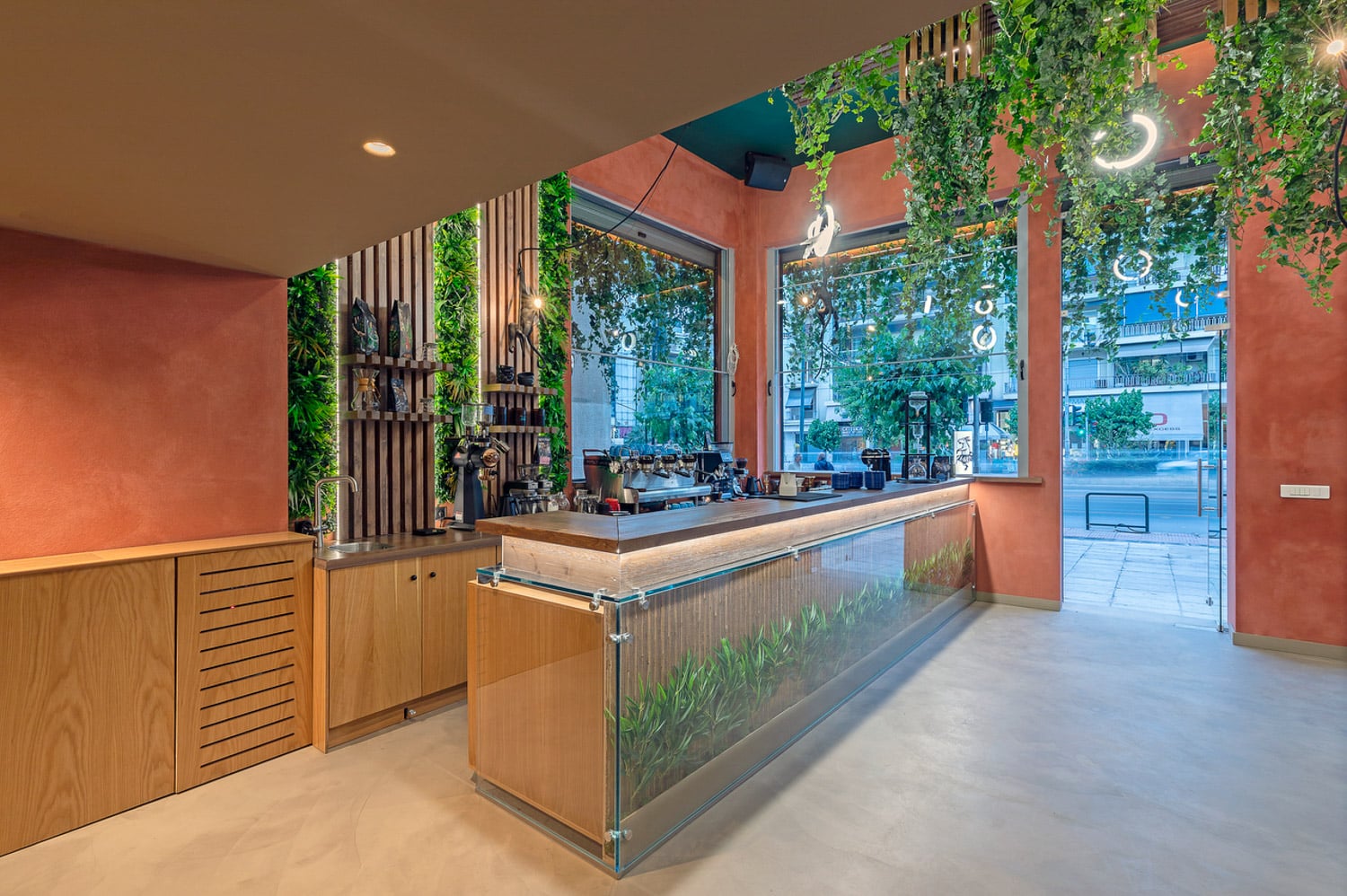 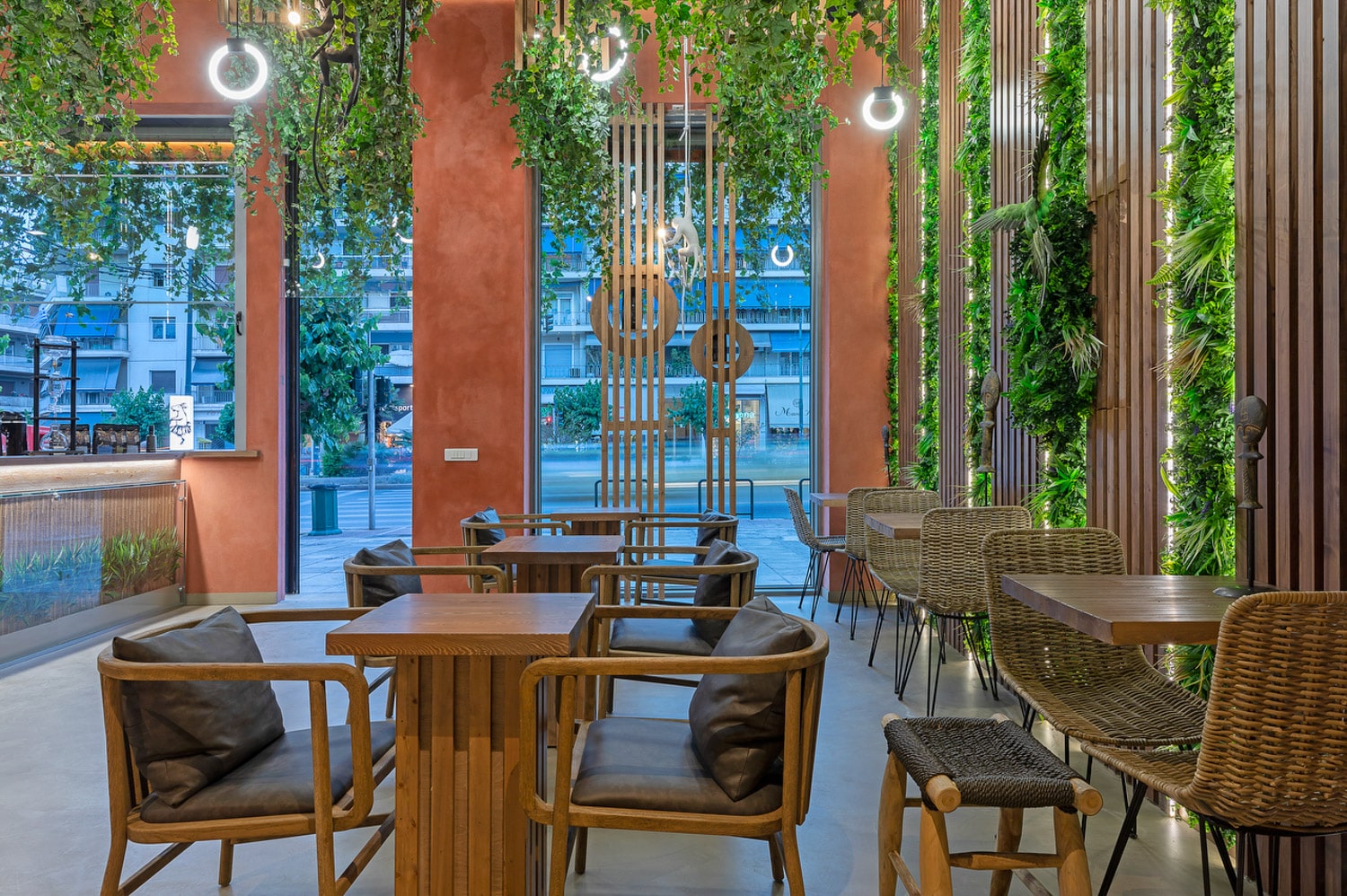 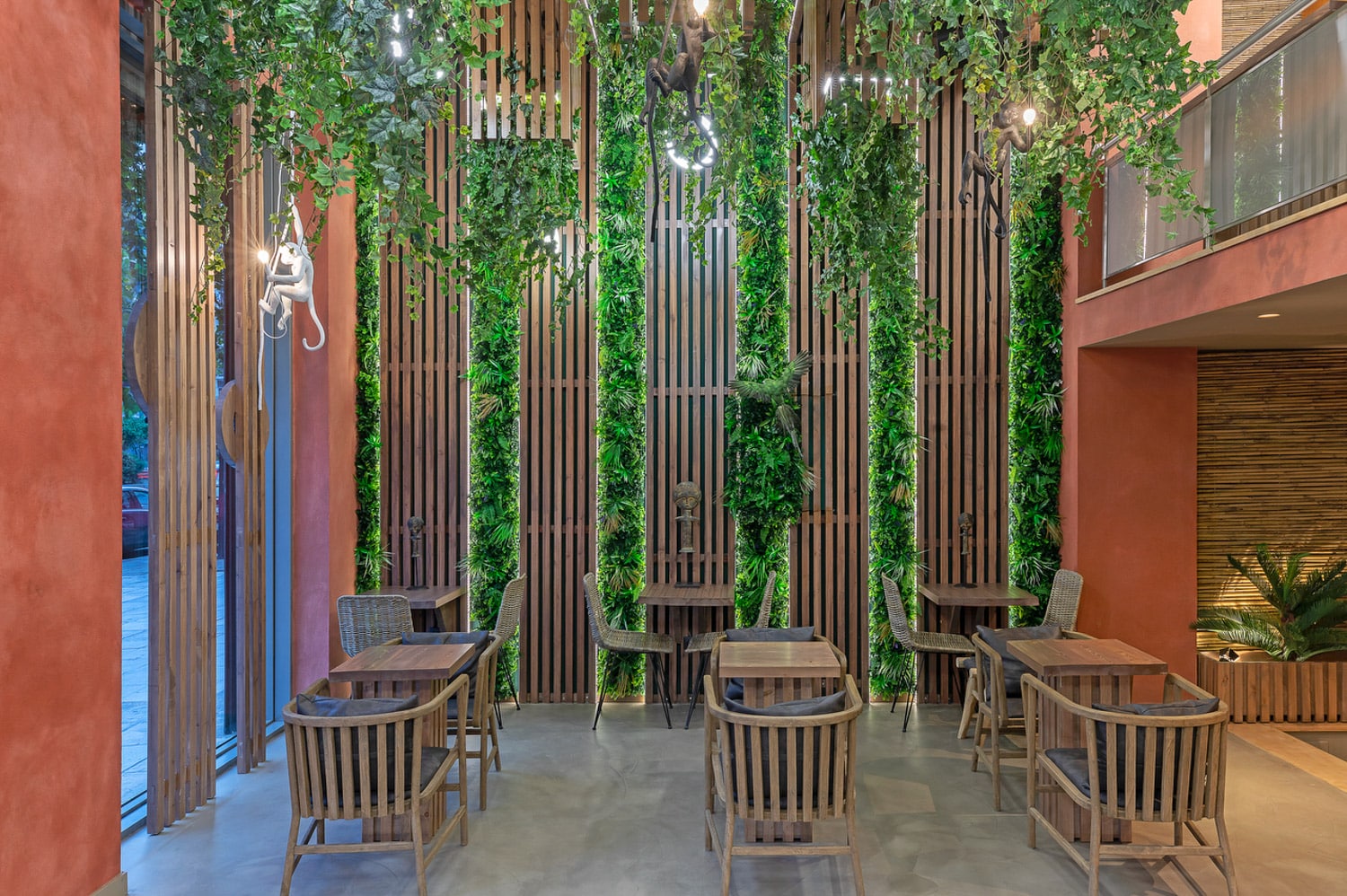 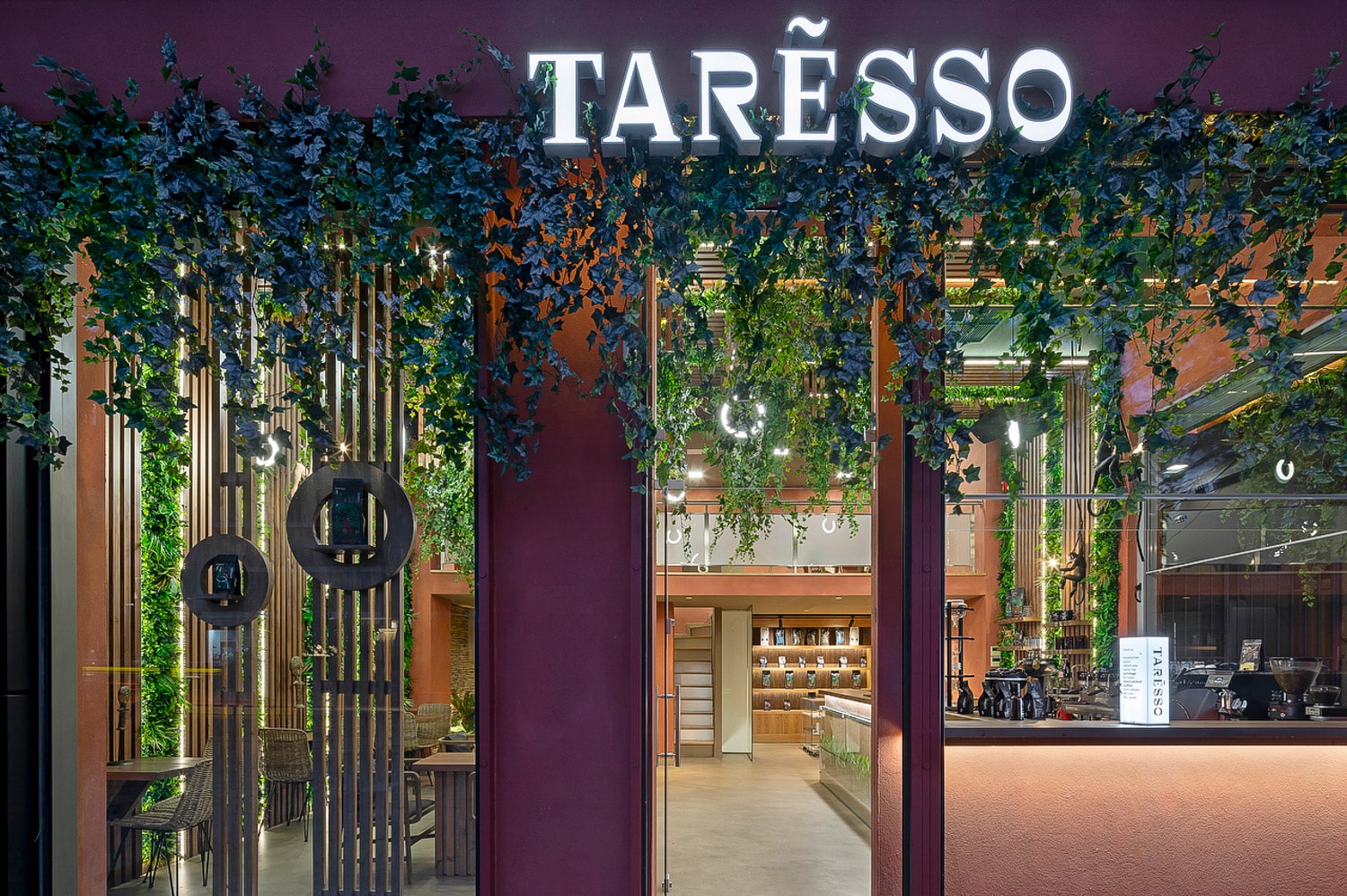 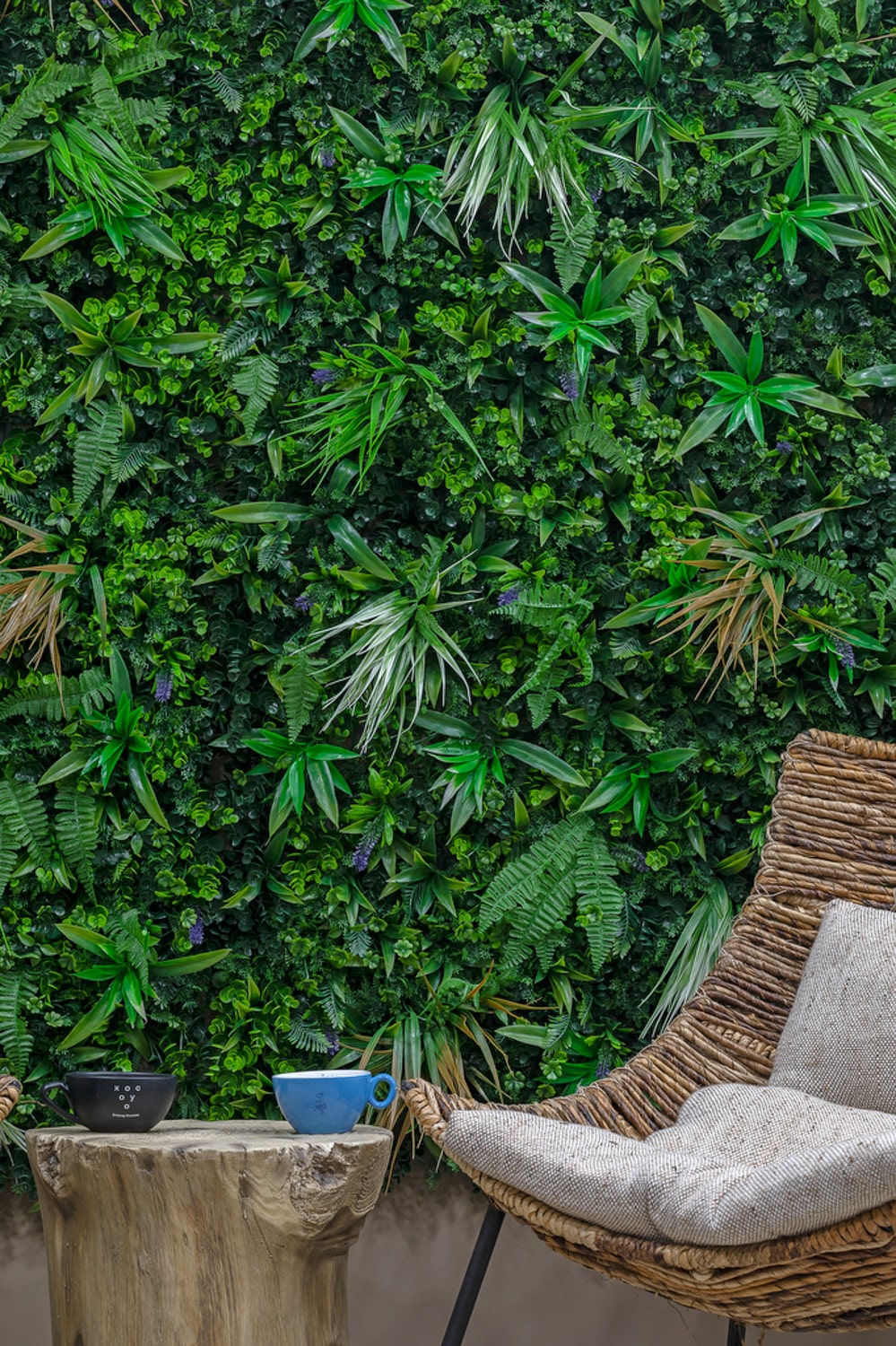 TARESSO is one of the leading retail and wholesale coffee processing and distribution companies in Greece. The project’s objective was to create a flagship concept store where customers can be trained, buy products and enjoy coffee tasting experiences. Dezone’s mission was to demonstrate the company’s philosophy and identity in a space in the center of Athens, while also incorporating elements of the natural environment of production origins, such as Colombia, Costa Rica and Ethiopia.

The building, located on Kifissias street at the height of the Ampelokipoi area, in the heart of Athens, posed a challenge in establishing balance amongst contradicting elements. On one hand, the intense natural habitat of the jungle, on the other, the predominant urban character of the surrounding buildings and the area. The design team responded by highlighting the contrast through the integration of prevailing leafy greenery in the interior as well as on the facade of the store.

The design concept was based on cues defined by raw, natural, green and sensory experiences. As a result, materials such as natural paints, coating mortar, natural wood and raw materials were chosen and were used accordingly. Interpreting the natural flow that coffee follows from its collection to its distribution, the design includes special linear wooden structures combined with green plants that unfold in the store and create a feeling of contentment, similarly to visiting a coffee plantation.

The decorative elements, furniture and lighting, are in line with the general concept, sometimes they blend in with the natural element and sometimes they add on the project’s contemporary character.

The company’s corporate identity was assimilated into the space, with the interaction between the two enhancing the final outcome. The project substitutes a unique imprint on the area, which is otherwise ruled by the use of cement. The realization was concluded with the operation of the store, where the natural and complex coffee aromas complete the visitors’ experience through all their senses.